This Crockpot Ham and Potato Soup is the perfect dinner for any occasion and is a great use for leftover ham! This hearty combination of Ham and Potato and Corn mixed with vegetables  in a creamy soup will be a family favorite.

Why You Will Love Crockpot Ham and Potato Soup

Yes, this is basically making a creamy ham and potato soup, which could also be called corn chowder. Corn chowder is a type of soup, usually cream based that is made with corn. Just like clam chowder, this particular dish substitutes out the shellfish for the corn. It is thought that chowder originated in the  Boston area (think “New England” clam chowder) in the late 1800s. Since then, Campbells has made it pretty famous by canning it and serving it all over the United States. It is a popular dish, especially during the cold months, because of it’s comforting, warm and rich taste and texture.

Chowder (and Bisques) are generally thicker than a standard soup. Bisques and chowders are sometimes used interchangeably, but bisques are usually smoother while chowders are chunkier. 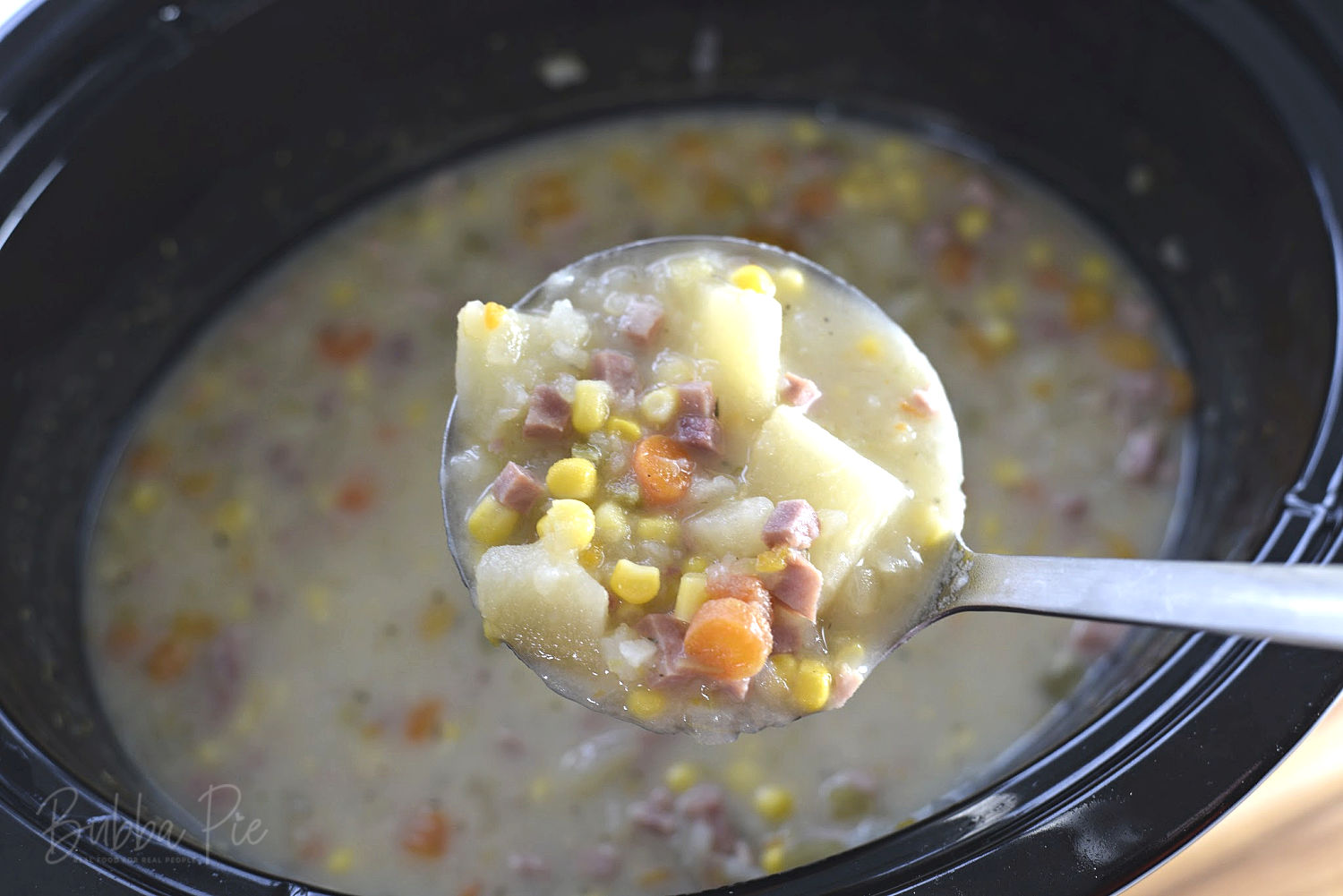 What Is The Best Potato To Use In A Chowder?

Generally, there are “waxy” potatoes and there are “starchy” potatoes. When making a chowder, it is best to use a starch one like a Russet Potato. They will hold their shape well during the cooking process and can actually serve as a thickener to the dish. Avoid waxy potatoes like Yukon Golds, which can release their starch during cooking.

Can you make this Crockpot Ham and Potato Soup In An Instant Pot?

Yep! Instant Pots are a great idea if you are a little shorter on time. All you need to do is to add all of the ingredients except the half and half (or milk) into the pot. Cook on high pressure for 10 minutes and do a quick release of the pressure after the cooking cycle is over. Set the pressure cooker to the saute mode. Take out half of the potatoes and mash up the rest as stated in the slow cooker instructions. Pour the remaining potatoes back into the pot, stir in the cream and allow everything to heat through, about 5 minutes. Top with the cheddar and enjoy! 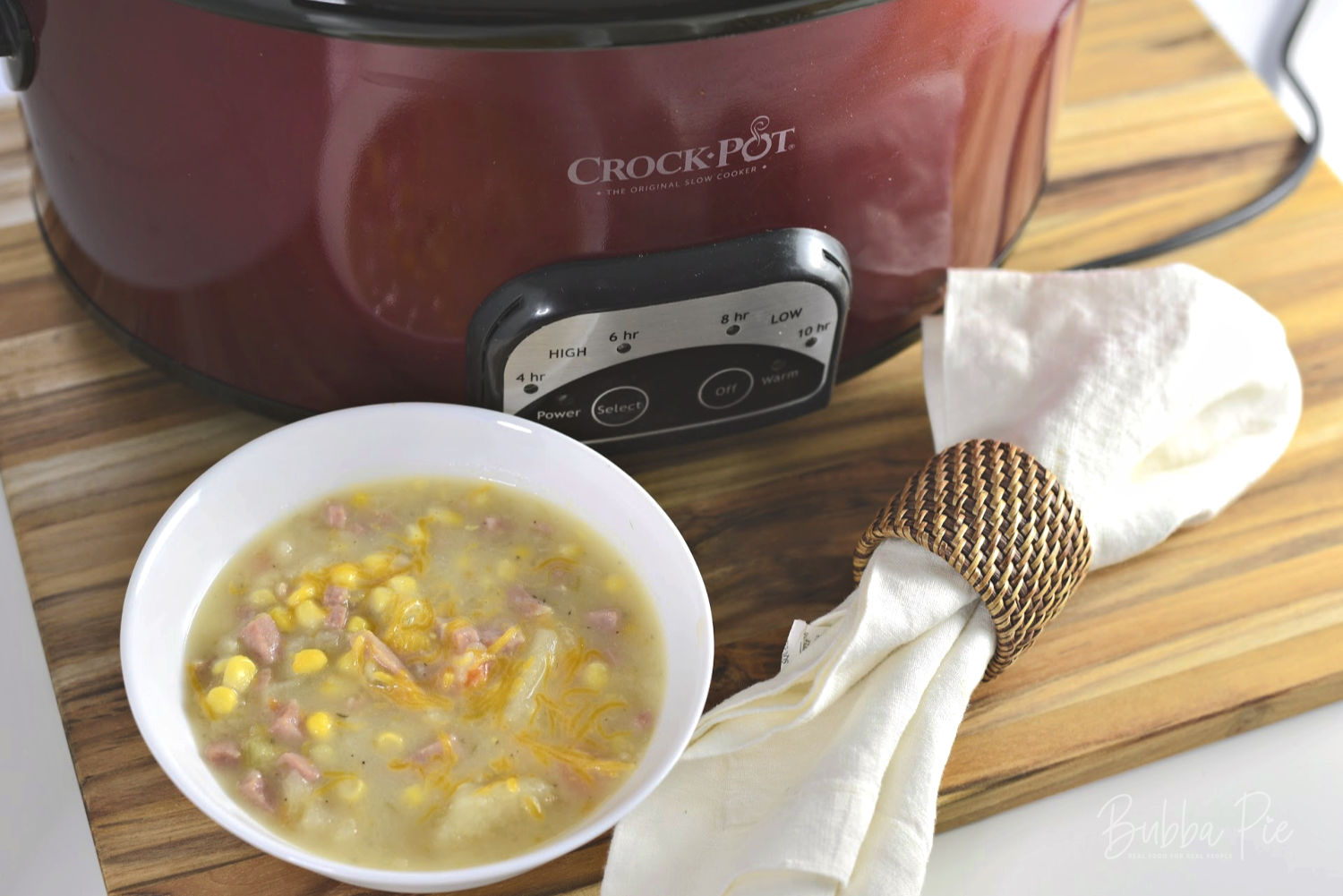 What Ingredients Do You Need For Slow Cooker Ham and Potato Soup? 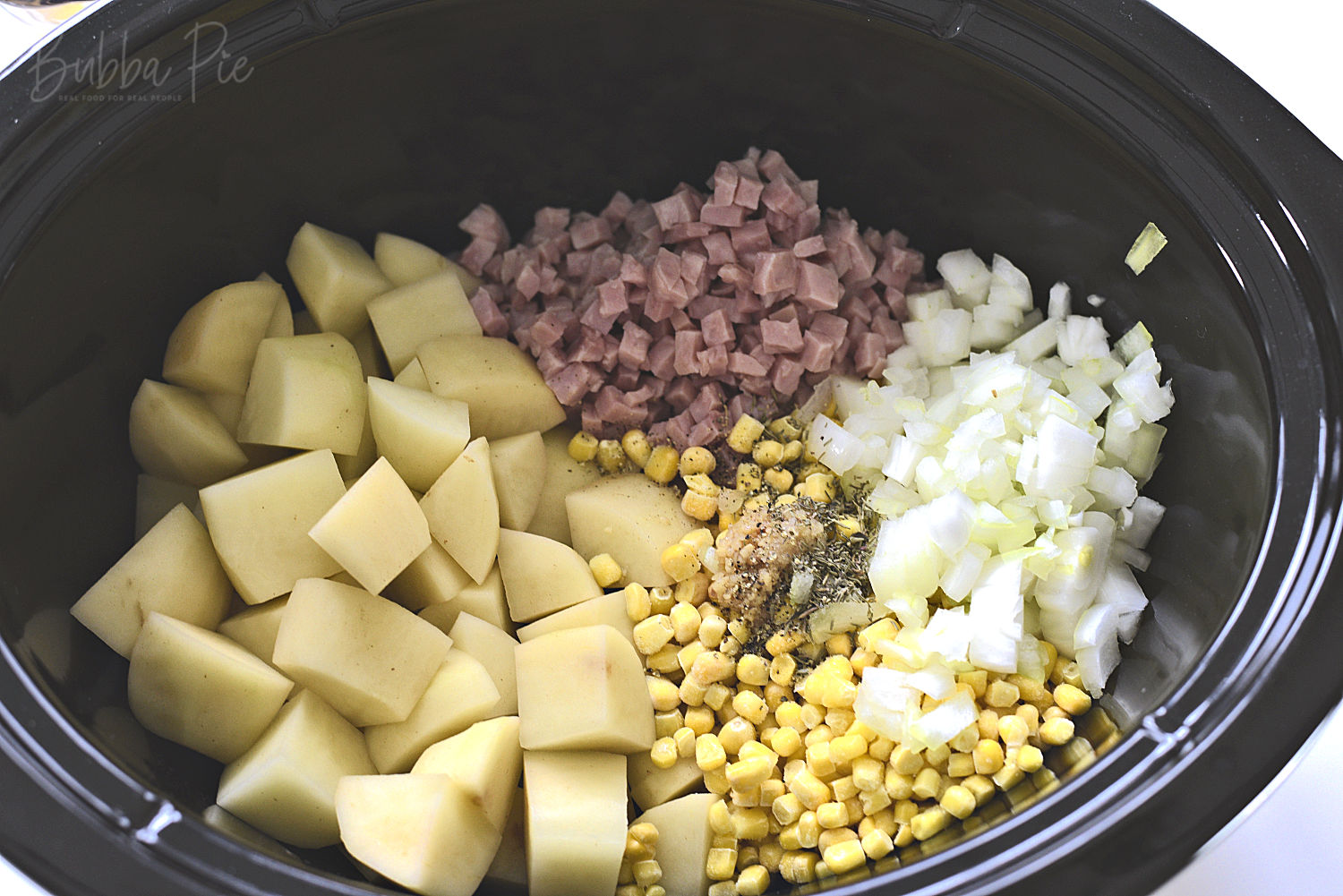 What Goes With Ham and Potato Soup?

We love serving this dish with a nice biscuit, roll or other bread recipe. Some ideas could be:

Store leftovers in an airtight container in your refrigerator. They should be good in your fridge for about 5 days. You can reheat it in the microwave.

You can freeze ham and potato soup. Allow to cool to room temperature and put it in a freezer safe container or a freezer bag. It will stay good in your freezer for about 4 months. Thaw out overnight in your refrigerator.

There is nothing like walking into your house after this Crockpot Corn Chowder with Ham and Potato has been cooking all day long. The smell is delicious! I’d love to hear how this recipe works out for you in the comments. Happy cooking!

LOOKING FOR MORE RECIPES THAT USE LEFTOVER HAM? CHECK OUT:

OR, LOOKING FOR MORE POTATO SOUP RECIPES? CHECK OUT:

Course Main Course, Soup
Servings 8
This Crockpot Corn Chowder with Ham and Potato is the perfect dinner for any occasion. Great for anything from a weeknight meal to an Easter recipe, this hearty combination of Ham and Potato and Corn mixed with vegetables will be a family favorite. This is a great recipe to make for during Easter or to use with all that leftover ham after the family has left!
Print Recipe
Pin Recipe
Prep Time 15 mins
Cook Time 8 hrs

This is a great recipe if you have some extra ham laying around, like I always seem to do after the holidays. I love to have a big loaf of crusty bread to dip into it to sop up all the yumminess! We top ours with some cheddar cheese, but you don't need to stop there. Add a little extra flair by topping with some crumbled bacon bits, green onions or a drizzle of sour cream. 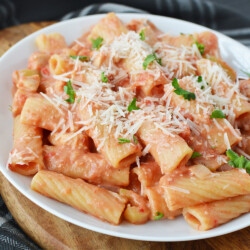 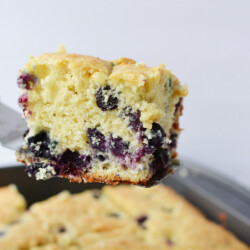 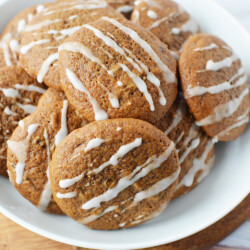